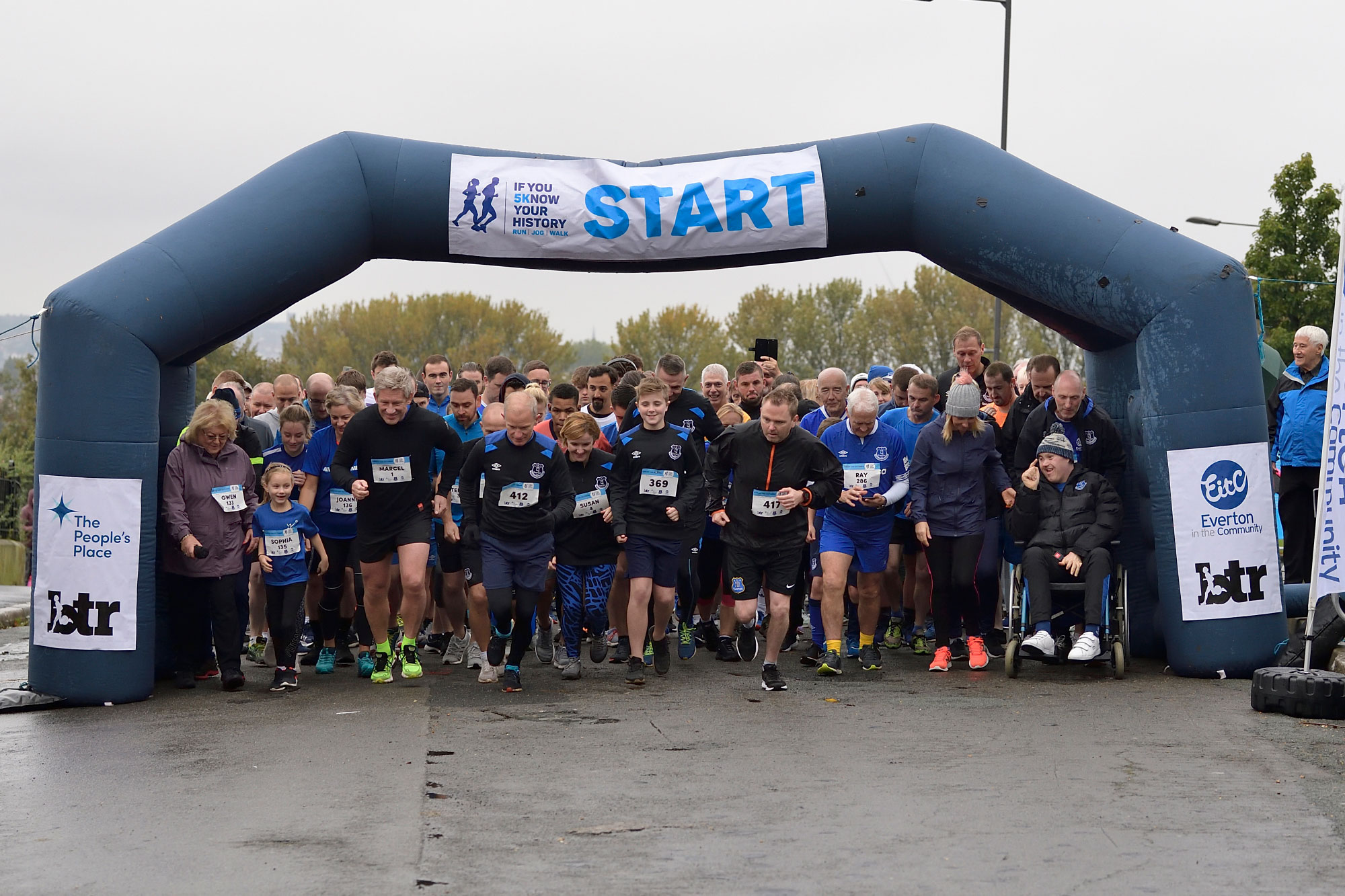 More than 450 people took part in Sunday’s inaugural ‘If You Know Your History’ Everton-themed 5k run in aid of The People’s Place – Everton in the Community’s proposed purpose-built mental health facility in the shadows of Goodison Park.

The run – organised in partnership with BTR Liverpool – got under way at Prince Rupert’s Lock-Up Tower, with runners setting off to the sound of the iconic Goodison siren and Z Cars.

The route took participants on a journey through 141 years of Everton’s history, before finishing at Stanley Park, overlooking Goodison.

Ex-Everton players Gareth Farrelly and Stuart Barlow took part in the run, which saw participants greeted at the finish line by the Blue Nose Brass Band.