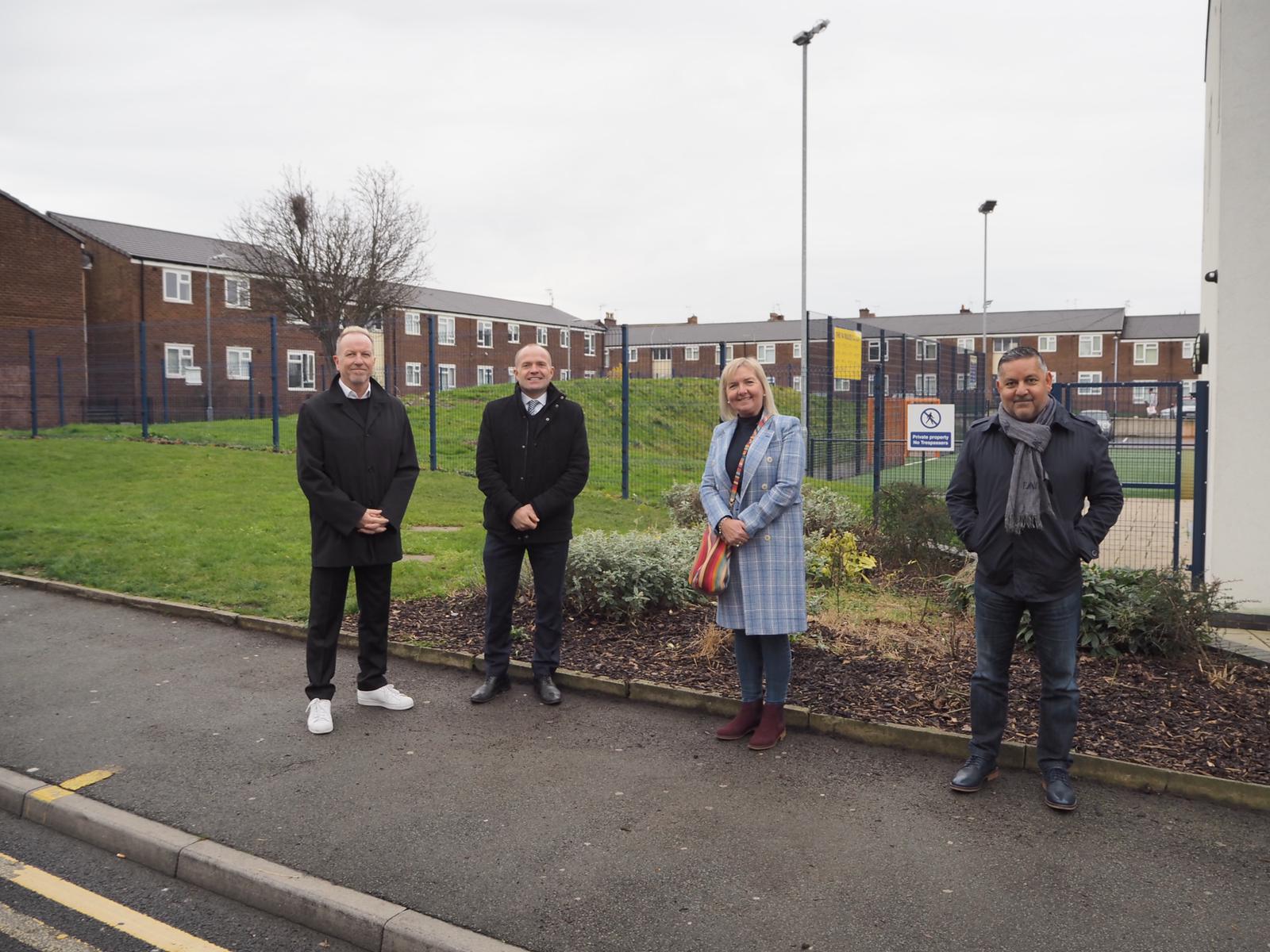 The UK’s number one construction-specific software player Causeway Technologies has pledged its commitment to Everton in the Community with the launch of a new long-term strategic partnership that will provide life-changing and life-saving support to thousands of individuals across Merseyside.

The partnership between Causeway Technologies and the official charity of Everton Football Club will see the global software provider donate £200,000 to the build and development of The People’s Place – Everton in the Community’s proposed purpose-built mental health building in the heart of Liverpool 4 – and commit to raising further funds for the facility through staff challenges and fundraising by announcing the charity as its 2021 Charity of the Year.

And in addition to helping to bring the much-needed People’s Place to Liverpool as quickly as possible, Causeway Technologies is also committed to helping Everton in the Community bridge the widening education inequality gap with disadvantaged young people across Liverpool City Region by delivering a series of STEM workshops in 2021 in conjunction with The Royal Institution. The aim is to encourage children to look at careers in computer science.

Causeway Chief Executive and Executive Chairman Phil Brown is no stranger to Everton in the Community as it was announced back in May – on the 35th anniversary of the day the Blues claimed their eighth League Championship – that the lifelong Evertonian, and co-investor of Howard’s Way had pledged to give all proceeds from the documentary celebrating Everton’s highly successful run in the 1980s under Howard Kendall to Everton in Community in support of The People’s Place.

The purpose-built centre built on Spellow Lane will provide a focal point for the charity’s activities around suicide prevention and positive mental health and will significantly increase mental health provision in the city. It will be operated by Everton in the Community, working with the NHS and other partner charities, and staffed by a range of specialists. This will include General Practitioners (GPs), mental health nurses, and experts in specific areas such as PTSD and bereavement.
As well as the healthcare facilities, the building will also include spaces to deliver learning, community events, sport and other physical activities with construction on the site set to begin in early 2021.

Born in Liverpool, Phil Brown is an Everton Season Ticket holder and founded Causeway Technologies in 1999 with a vision to build software technologies that would help construction companies better digitise their operations. Causeway has specifically opted to support Everton in the Community because of its track record in tackling mental health which is particularly high within the construction sector that the firm serves.

Reflecting on Causeway’s commitment to Everton in the Community, Phil Brown said: “Construction is an industry that struggles more than most with mental health issues. The stereotype is that it has a male dominated workforce that does not ask for help when it comes to mental wellbeing.

“Research shows that male site workers are three times more likely to die from suicide than the average male in the UK. In fact, suicide kills more construction workers than accidents in the workplace. With the well documented effects of Covid-19 this year, we feel that there are likely to be even more problems with people isolated both at home and at home.

“We hope that our support of Everton in the Community can help us to create conversations with our workforce and our customers and find new ways to amplify the crucial messaging around accessing support for mental health issues to the construction industry and other sectors.”

Everton in the Community Chief Executive Officer Richard Kenyon added: “We have been providing mental health programmes and support across Merseyside for more than 13 years, helping people with a range of diagnosed mental illnesses and promoting the risks of poor mental health to the public. There is a real need for our services to expand, not least due to the impact of the coronavirus, and this new facility will provide an opportunity for us to do that and support more people in more ways. We also believe that once up and running it will be a model that others can follow.”

As part of the newly launched partnership, Causeway have appointed former Blues and England midfielder Trevor Steven as the organisation’s mental health ambassador. He will work on a construction-specific campaign for Causeway staff and customers and help to tackle the silent epidemic within the industry educating the workforce that it is ok not to be ok.

Steven made 294 appearances for the Blues between 1983-1989, scoring 58 goals in total for Howard Kendall’s Everton side. Steven was part of the 1984/85 League Championship and European Cup-Winners’ Cup winning side and it was through his involvement with Howard’s Way that the former Blues right-back first met Phil Brown.

“I am delighted to be working as Causeway’s Mental Health Ambassador as part of its partnership with Everton in the Community, particularly with Causeway’s customers part of the construction industry where mental health rates are so high. Hopefully, my background means that we can use the powerful voice of football to start new conversations” said Trevor Steven.

“We want to remove the stigma of this topic and help sufferers realise that they are not alone and encourage them to openly discuss and seek help for their overall mental wellbeing. It is an honour and a privilege to work alongside my old club in support of the amazing work they are doing, both in the local community and in the wider football family and industry.”

Phil added: “As a local, I know how important Everton in the Community’s work is across Liverpool City Region and what a difference it makes to the lives of so many disadvantaged individuals and groups. We are really looking forward to working with Trevor and the team to play our part in supporting the mental health needs of the Liverpool community and the wider construction industry.

“This is an ambitious project but I have no doubt that this innovative and forward-thinking charity will deliver and provide a template for others to follow.”

For more information on The People’s Place visit: www.peoplesplace.net