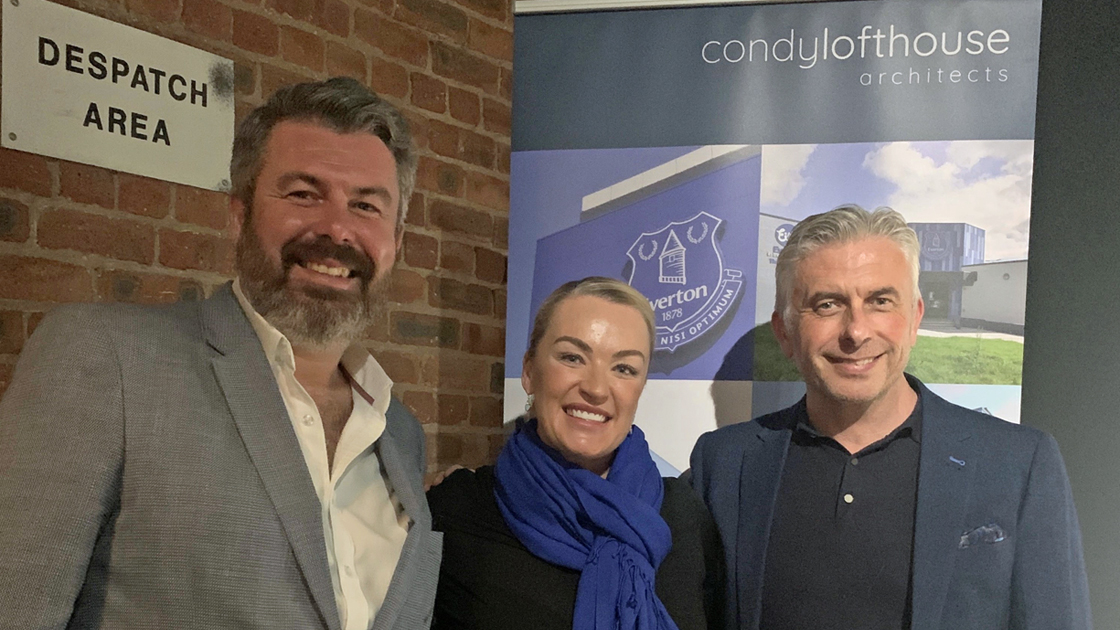 Award-winning firm Condy Lofthouse Architects have named Everton in the Community its 2020 ‘Charity of the Year’, committing their support to the Blues’ mental health project, The People’s Place.

The People’s Place is Everton in the Community’s £1million fundraising campaign that will build and develop a purpose-built mental health facility a stone’s throw from Goodison Park.

The campaign will promote positive mental health and wellbeing, while providing mental health services to those seeking support, regardless of their age, gender or location.

Established in 1979, Condy Lofthouse is the latest business to pledge its support to Everton Football Club’s official charity.

The Liverpool-based firm have been involved with Everton in the Community for over 10 years and, during that time, have delivered on a number of pivotal projects with the charity, including the design of Everton Free School, The People’s Hub and The Blue Base.

Its expert staff have also worked alongside the Club and charity to help deliver an exciting new development proposal for the Goodison Legacy project ahead of the Club’s planned move to Bramley-Moore Dock.

On choosing Everton in the Community as its official charity, Jason Maher, Condy Lofthouse Architects director, said: “In the time we have spent with the charity, we have seen it go from strength to strength and witnessed first-hand the excellent work they do and the impact it has on the lives of everyone it touches.

“Although we have been ambassadors of the charity for many years and we were lucky enough to be given a Community Champion award by Everton in the Community, the recent decision by the practice to commit to a ‘Charity of the Year’ has given us the opportunity to further support the charity – in particular, the fundraising efforts for The People’s Place.

“The whole office is incredibly excited to engage with the charity and the full range of fundraising activities Everton in the Community offers, as well as organising a few events of our own.

“It has been our privilege to have been involved with the charity and the Club and we relish the opportunity of supporting them further next year.”

Everton in the Community works to promote positive mental health and wellbeing by delivering a number of pioneering programmes which offer an array of tailored support – from improved mental and physical wellbeing to suicide awareness and prevention.

On the partnership, Everton in the Community’s Director of Development, Lesley Beattie added: “We are very appreciative to have been chosen by Condy Lofthouse as their charity of the year during a really exciting period for the charity.

“Condy Lofthouse have a great history of supporting local charities and we look forward to working together in our aim to create a lasting legacy for the people of Liverpool.”

For more information on The People’s Place, click here.