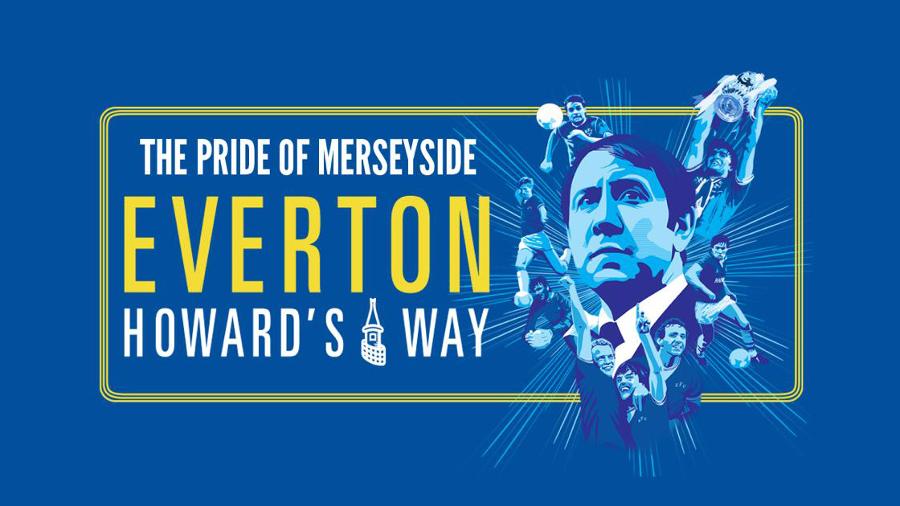 Everton’s bid to build a purpose-built mental health facility close to Goodison Park has received a huge boost with all proceeds from the documentary Howard’s Way – including monies raised to date – being used to fund Everton in the Community’s innovative The People’s Place.

On the 35th anniversary of the day the Blues claimed their eighth League Championship, Phil Brown – lifelong Evertonian and Executive Producer of Howard’s Way – has pledged to give all proceeds from the film to The People’s Place, which will provide tailored support to promote positive mental health and deliver programmes relating to suicide awareness and prevention.

Premiered in November 2019, Howard’s Way tells the inside story of Howard Kendall’s glorious Everton team in the 1980s and charts the Blues’ rise from a previous decade of struggle and misfortune to an era which saw them win two league titles, an FA Cup and the European Cup Winners’ Cup.

Featuring names including Andy Gray, Kevin Ratcliffe, Peter Reid, Graeme Sharp and Neville Southall, Howard’s Way is more than the tale of Kendall, a man with Everton in his blood; it is the story of a team intent on greatness and a city united in defiance. It is a football film for all the world to enjoy; a story told by all the heroes of the day – the men who made history.

Everton Season Ticket Member Phil Brown, who is a technology and media entrepreneur and investor, said: “As a proud Evertonian, I was passionate about working with Rob Sloman to make Howard’s Way to showcase the most glorious period in the Club’s history, the wonderful team that Howard Kendall put together and the fascinating stories behind that era.

“I now live in the South East but I was raised in L4 and brought up on Merseyside so I know the area well and have been blown away by Everton in the Community’s life-saving work. When I first heard about the charity’s mental health provision, I was moved to learn of the impact it had on people who might otherwise have headed to a very dark place.

“It made me think about how I could do something substantial to support The People’s Place.

“The importance of positive mental health has been highlighted more than ever during this difficult time and that is why we will be donating all proceeds from Howard’s Way, including everything we have generated so far, to support the fundraising for The People’s Place.

“Howard’s Way is a special story that appeals to all ages, regardless of your club allegiance, so I hope as many people as possible can watch it and play a part in helping Everton in the Community with this hugely important project.”

The generous donation and show of support for The People’s Place from Phil Brown comes just one week after Everton in the Community was successfully awarded planning permission by Liverpool City Council. The purpose-built mental health facility will be built on the strip of land next to The People’s Hub on Spellow Lane.

The facility will provide a space for people to access a broad range of activities including exercise, arts and culture to improve mental health. People will be able to connect with like-minded individuals who may have experienced similar challenges such as ex-forces personnel, men becoming new parents or families affected by suicide.

The People’s Place will offer advice and support to users and direct them to the many specialist mental health and crisis centres in the centre whilst it will also incorporate a flexible space to engage with the community as well as gym and activity space as mental health is often improved by physical activity.

“Many thanks, too, to our Fundraising Manager, Carena Duffy, who introduced Phil to the work of our charity following the film’s premiere last year.

“As we continue to live through a difficult time due to the coronavirus pandemic, The People’s Place will have an even more important part to play to support residents across Merseyside.

“Despite the challenges we all face, it has been inspiring to see the Everton Family come together to support others and this is another truly amazing example of Evertonians being there to support each other in times of need.

“It is also heartening to see that, through Howard’s Way – and this donation to the People’s Place – the Club’s greatest ever manager, Howard Kendall, will continue his proud legacy with Evertonians and our community.”