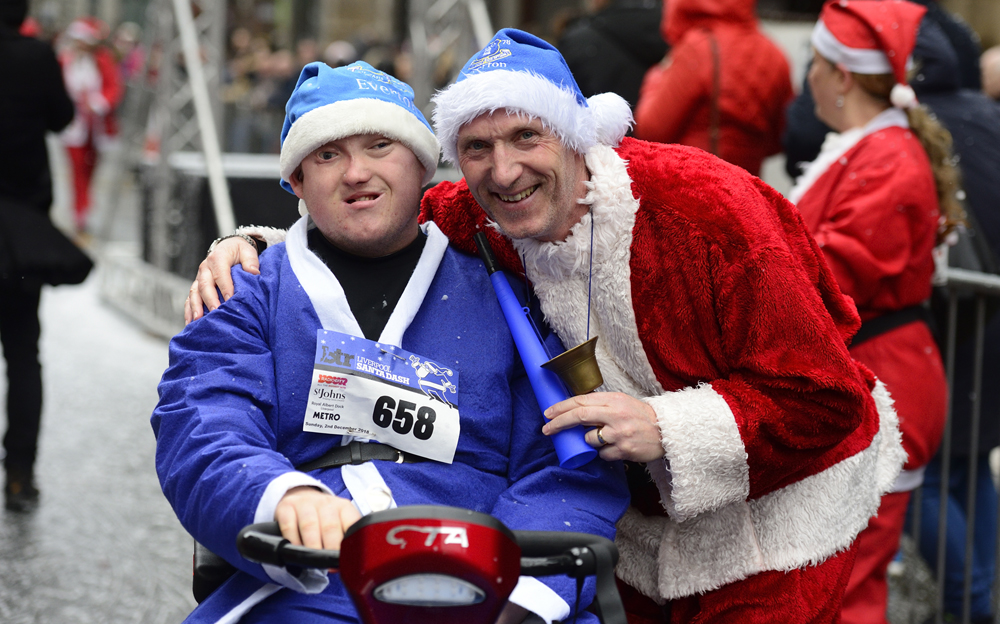 Everton in the Community will once again be offering supporters the opportunity to run in blue at this year’s BTR Liverpool Santa Dash.

The annual BTR Liverpool Santa Dash is a fantastic way to show the true meaning of Christmas in the run up to the festive season by dressing up as ‘Jolly Old Saint Nick’ whilst raising money to support the life-changing work of the Club’s official charity.

Evertonians are encouraged to show their colours by running in blue for the event which takes place on Sunday 1 December and help raise funds for The People’s Place.

The dash – which starts from the Pier Head – is a 5k route suited for runners of all abilities. It doesn’t matter whether you’re an established runner or not, with many participants even opting to walk the event through Liverpool city centre. 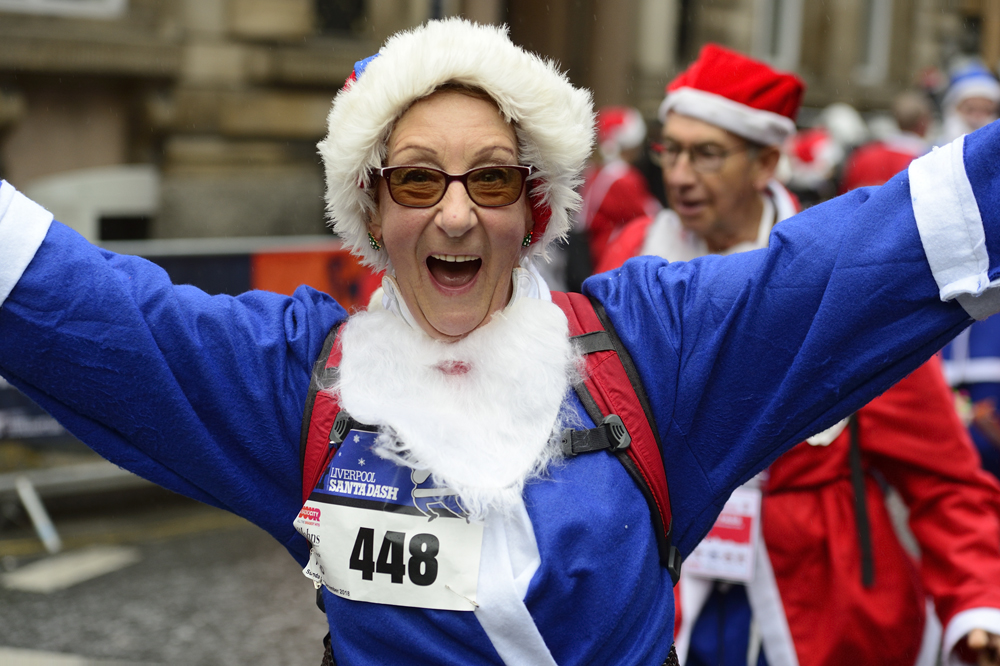 Runners who sign up to take part on behalf of EitC will receive a branded fundraising pack, including training and fundraising tips, and an EitC Santa hat!

The charity asks that runners aim to raise a minimum of £50.

Prior to the event, runners taking part on behalf of EitC will also be invited to a gathering in the Royal Liver Building where they’ll receive a short tour followed by mince pies and mulled wine.

EitC have a limited number of free places to offer supporters on a first come, first served basis, so register your interest now and run on behalf of the Blues!